Agra Heritage Day Tour http://ift.tt/1MWRIzC
A private heritage tour of Agra which covers sightseeing as well as explains the rich history of this ancient city. Includes pickup drop from Delhi, lunch and all major expenses of sightseeing tour.
This is a private heritage tour of Agra which helps you discover the heritage, sights and culture of Agra city which can’t be covered in normal sightseeing tours. The tour starts with pickup from Delhi early morning and meeting your guide in Agra. He/she will then take you to a historical tour of the Agra town in which you will see Taj Mahal, Agra Fort, Itmad-Ud-Daulah Tomb (the real inspiration for Taj Mahal) and a few more places and monuments with their own history and charms.

After the tour is over, you can choose to stay in Agra or drive back to Delhi the same day.

Unlike most other tours, all major…

We operate one such culinary tour of India with chef  every month. In these culinary tours, you will find a fantastic mixture of award winning food walks, sight seeing tours, cooking demos and various other activities and tours which give you a glimpse in to sights, people and culture of India. We keep the group size limited to a maximum of 16  to make sure that attention to detail is top notch. Chef Rajeev Goyal and his team lead all the culinary activities in all cities. One such tour will be organised every month for different destinations and activities which will vary according to season and demand.

Some details about the Culinary Tours of India with Chef Rajeev: 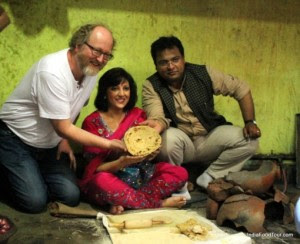